There are some projects that are too irresistible to be practicable about, such as designing the Bronco R in three months. While it may seem like a completely impossible task for the time frame, for Bronco chief designer for Ford Paul Wraith and his team of highly qualified designers it was an exciting project that he could not refuse.

According to Wraith, the excitement the team felt in getting to work on such an extremely secretive and highly capable project put them ahead of the curve. While the team utilized many high-tech processes to create the Bronco R, they also used every tool at their disposal right down to a basic ruler to get dimensions from the builder that was hundreds of miles away in Arizona. The mix of cutting edge CAD-based and tried and true techniques allowed the team to make the right decisions quickly so that the project started off on and stayed on the right track.

When it came to livery, the team wanted to build on what was already there without being too retro. The aim was to be able to view the old and new side by side with a heritage connection without confusion as to which is modern. A feat the team was highly successful in, judging solely by the video of the two out in the desert.

Although the well received Bronco R that was designed for the Baja 1000 didn’t exactly do well in the grueling racing event last year, the design was well received and has created a lot of hype among would-be Bronco consumers. Ford has also vowed a stronger position for the Bronco R at this November’s Baja 1000 as the Bronco’s weak points were clear by the end of last year’s competition. As for Wraith and crew, it is hard to imagine a more dedicated group of designers than those that worked on the Bronco R. 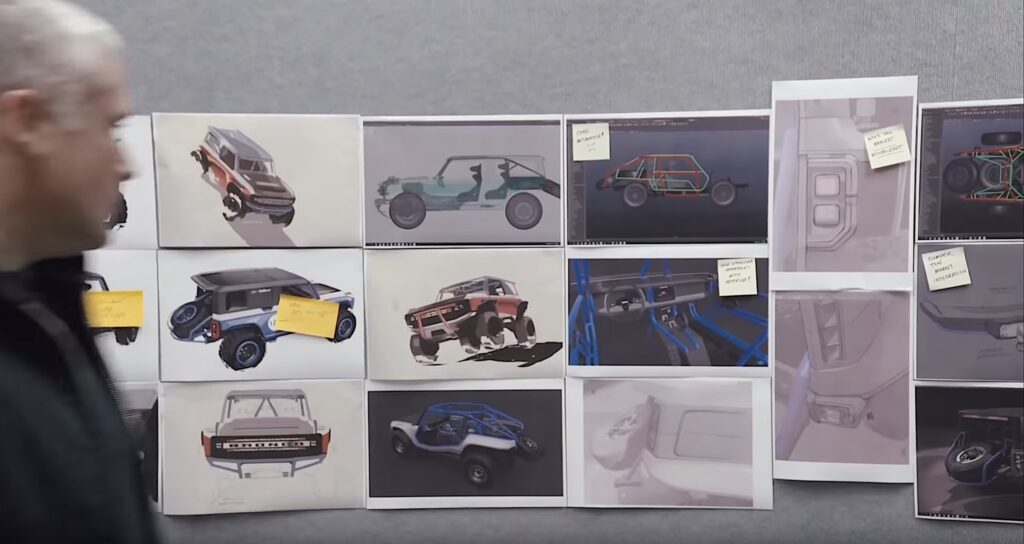