Video: Richard Hammond Enjoys His Mid-Life Crisis With The Help Of A Ford Raptor

In hopes of marketing the Ranger Raptor to European buyers, Ford teamed up with the DriveTribe channel and The Grand Tour cohost Richard Hammond. Despite his regular comedic motoring gig seemingly being in limbo, it is nice to see the now 50 year old keeping up with his original sense of humor as he jokes about his current midlife crisis and the vehicle he has decided to move on to next.

Since sports cars and fast motorcycles have been a norm throughout his life, it is only natural that he would move in the opposite direction of the usual ultra high-performance street machine with his midlife crisis and opt for a truck instead. However, in true Richard Hammond style there is still a bit of irony there. The caveat here is that the Ford Ranger Raptor is not just any old truck.

The Ford Ranger Raptor is a highly-capable off-road vehicle with enough ground clearance to handle some of the roughest terrains while adapt enough to behave like a luxury car on the road. Although the truck is clearly styled after an off-road racing truck, a lot of its features are highly interchangeable for multiple terrains. The infotainment system includes a breadcrumbs feature that seems handy for finding your way back whether on the road or trail and the 213 horsepower twin-turbo engine provides enough power to get you wherever you need to go no matter what stands in your way. The available six driving modes adds to the versatility of this truck and is capable of adapting to any terrain from tarmac to sand or even rock-crawling.

Hammond put the Ford Ranger Raptor to the test in the three-part series of videos that proved the adaptability of the truck. The series showcased the truck as the perfect vehicle for everything from business to family while maintaining a fun off-road capable side that is undeniable.

While the Ranger Raptor has been insanely popular in Europe, it has yet to be made available here in the US and it is unclear if it will be. Even if it does become available to the US it is unlikely to be completely the same as there are more engine options available and different government regulations to adhere to. 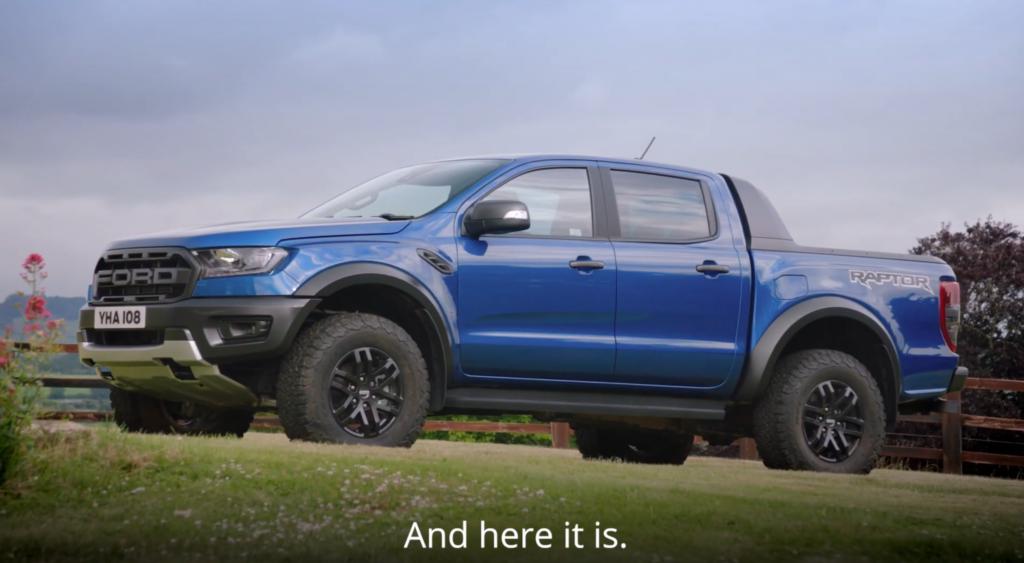