When you think of the brand, Steeda, you instantly think of late-model Mustangs with road course-ready suspension and usually, several styling upgrades. From tall deck rear spoilers, lowered ride heights, and plenty of horsepower under the hood. What you don’t think of, is Johnny Law.

Now, we’ve all seen one-off D.A.R.E cars and the run-of-the-mill Dodge Charger highway patrol units. Some sheriff departments and police precincts even have V6 Challengers, Camaros, and Mustangs as “soft patrol cars,” but there’s very few examples of what you’re looking at on this page. As you are probably aware, Ford does offer a full-on police spec Mustang called the Special Service Vehicle. It’s equipped with upgraded suspension, a heavy-duty cooling system, and other key components that bring what would be a normal Mustang GT up to snuff for police action.

However a department in Valdosta, Georgia wanted to turn things yup a little bit on their latest acquisition. Previously, Valdosta had Steeda build them an SSV Mustang with Bullitt takeoff wheels, upgraded suspension, and even a Vortech blower. Although that car was certainly a bear, it may have a little bit overkill for the day-to-day grind of a patrol officer. So this time around, they elected to take the “simple, but effective” approach. 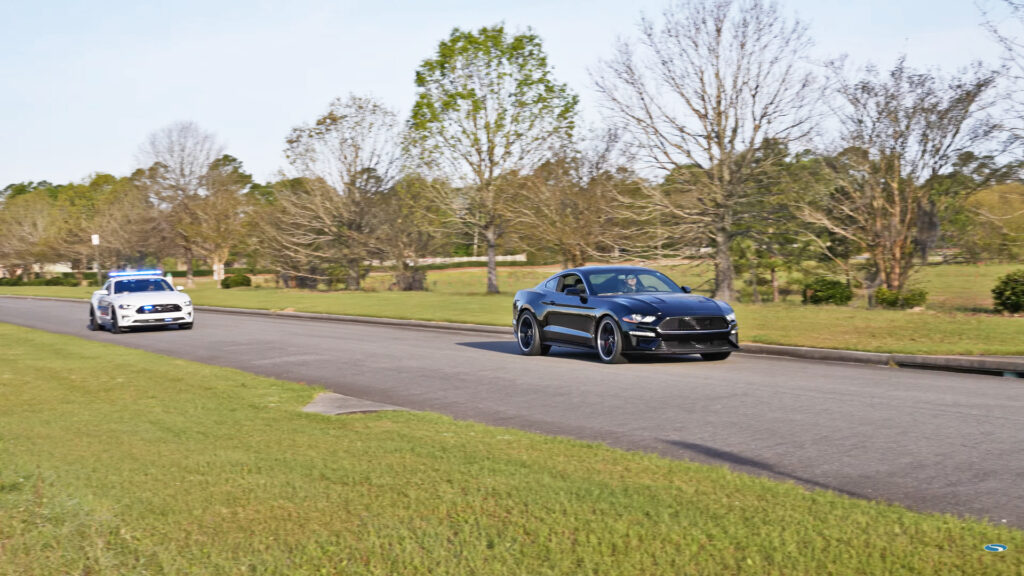 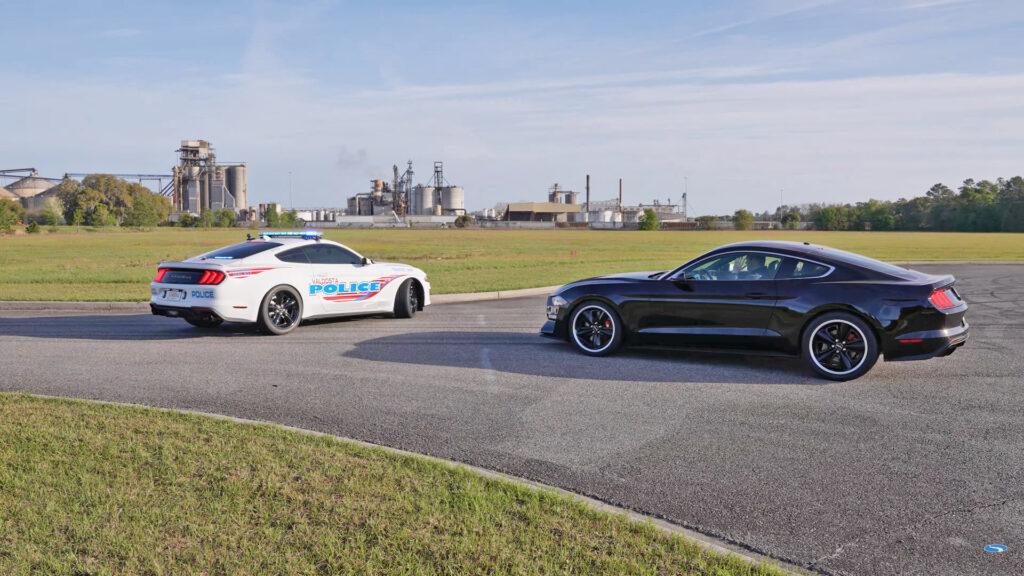 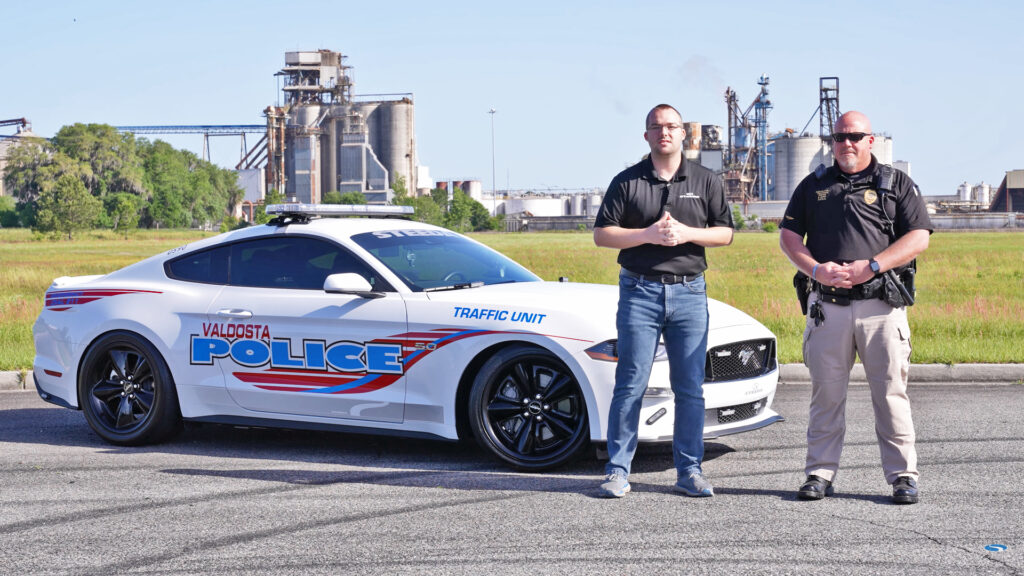 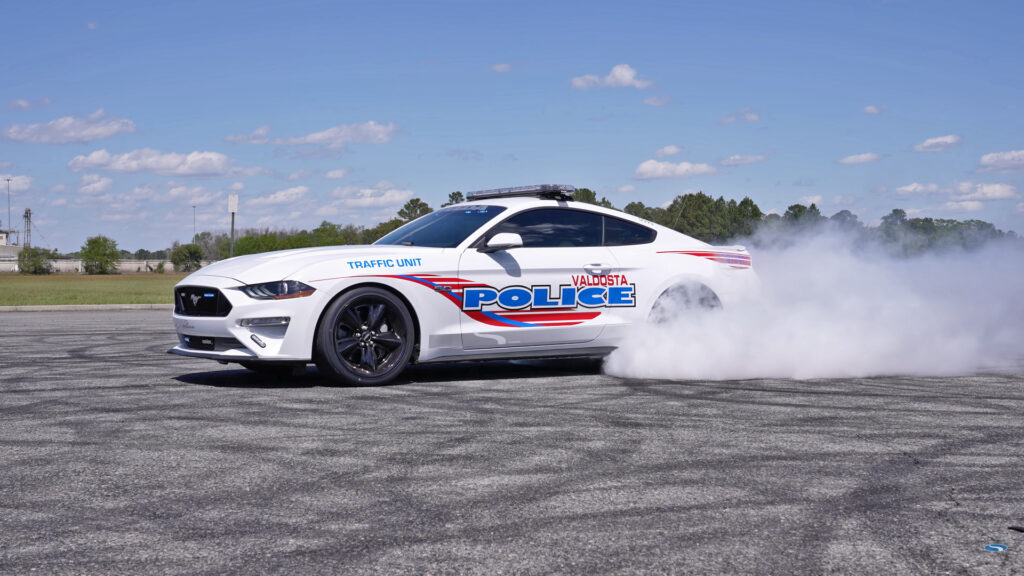 Starting with an AWE Tuning Touring catback exhaust system, the car now implements a more appropriate “roar” of what a Mustang should. Under the hood, you won’t find a blower, but you will find a Steeda cold-air intake kit, that’s paired with a Steeda tune. The rest of the mods all happened underneath the car.

It starts with a set of Bullitt wheels, this time, with 275mm rubber in the front, and 315mm tires out back. To help keep the car planted, a Steeda alignment kit, IRS subframe braces, a Stop the Hop Kit and their Minimum Drop Springs went into place. In addition, a bushing support system helps tie it all in to firm up the chassis and tie-in the new suspension.

Of course these components are available to Mustang owners all over, through Steeda’s website. After all, you need a fighting chance right? 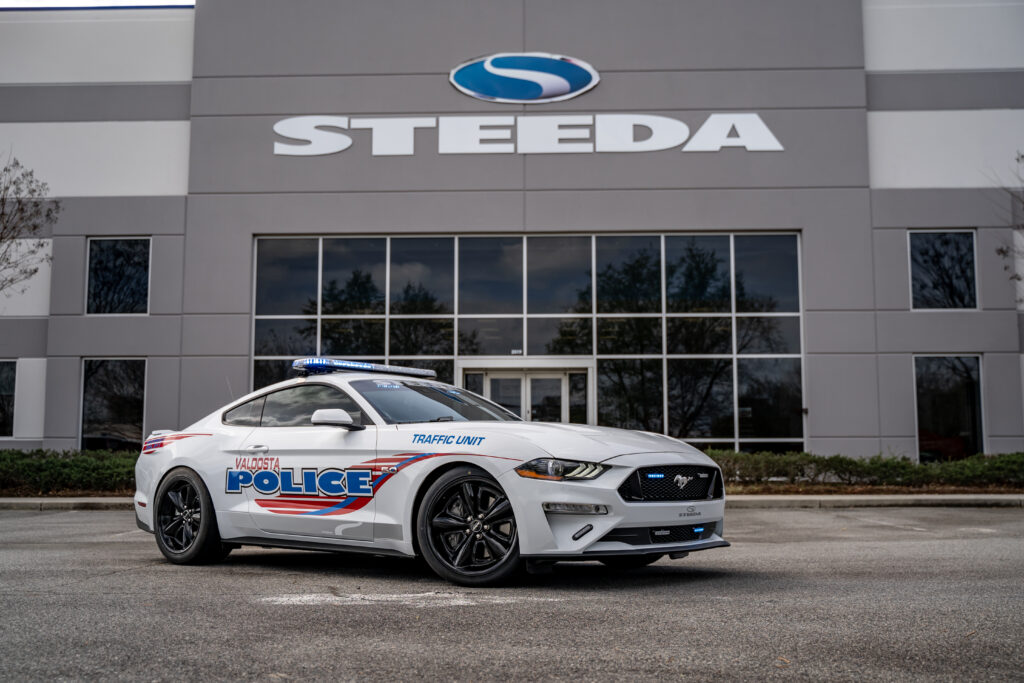 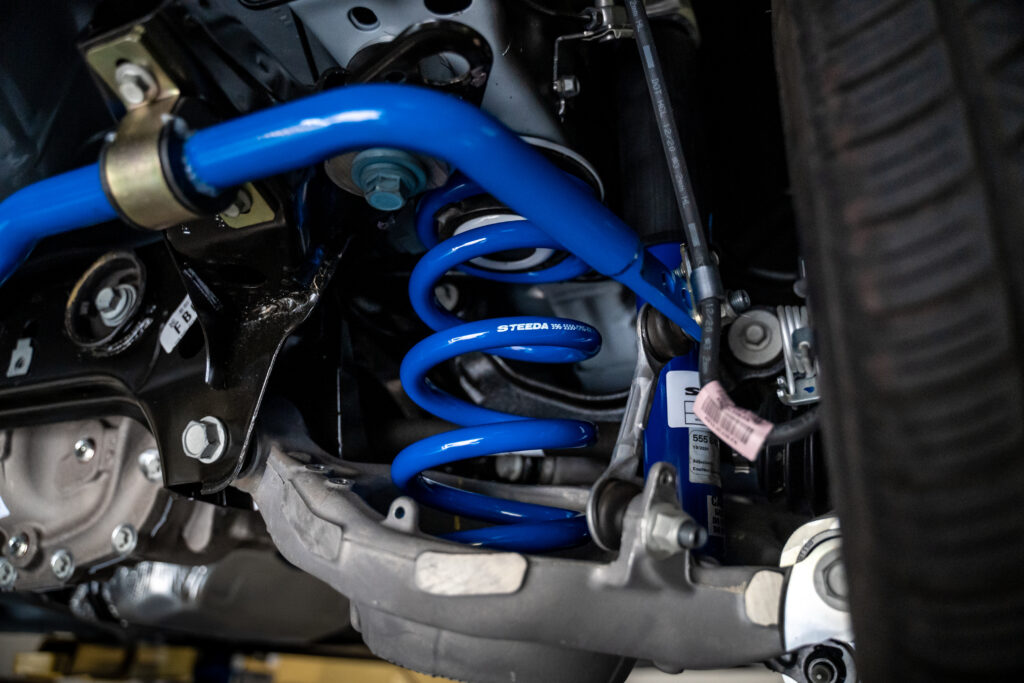 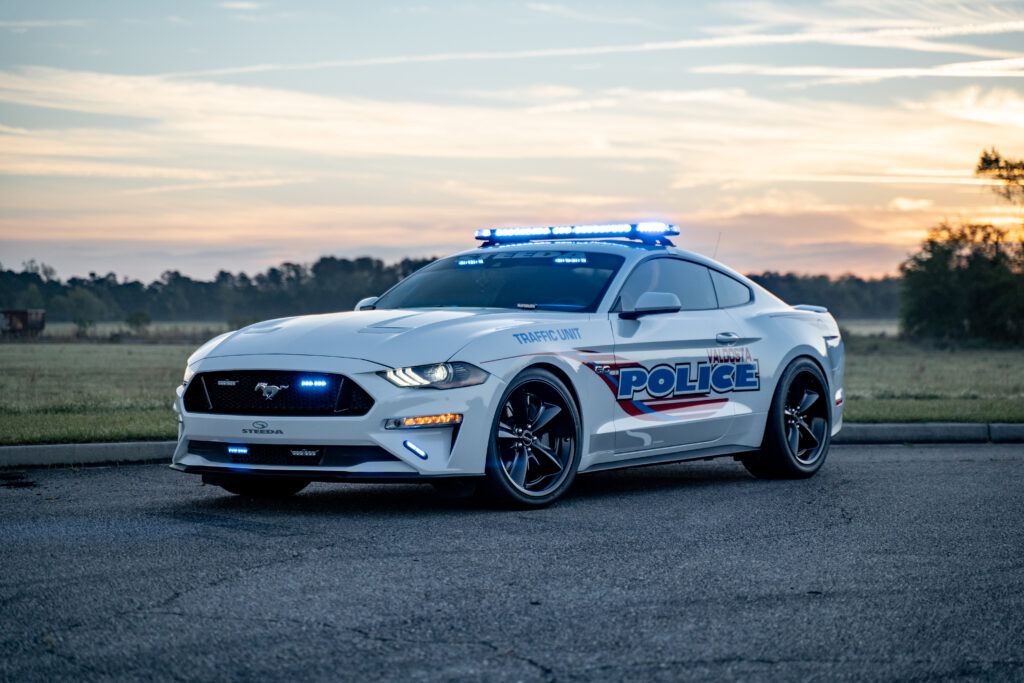 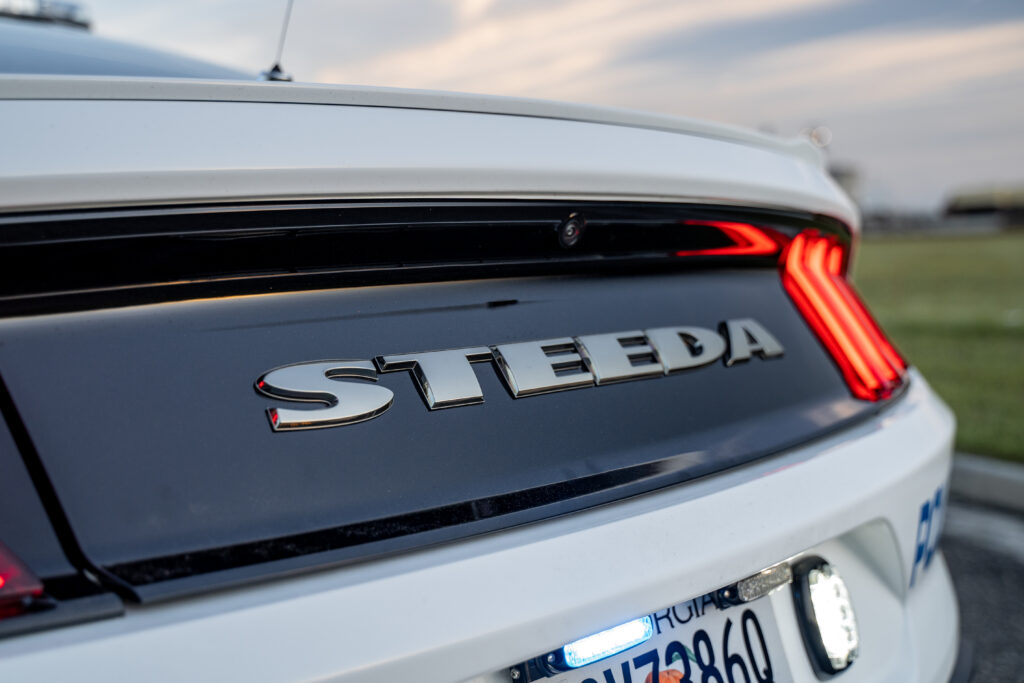 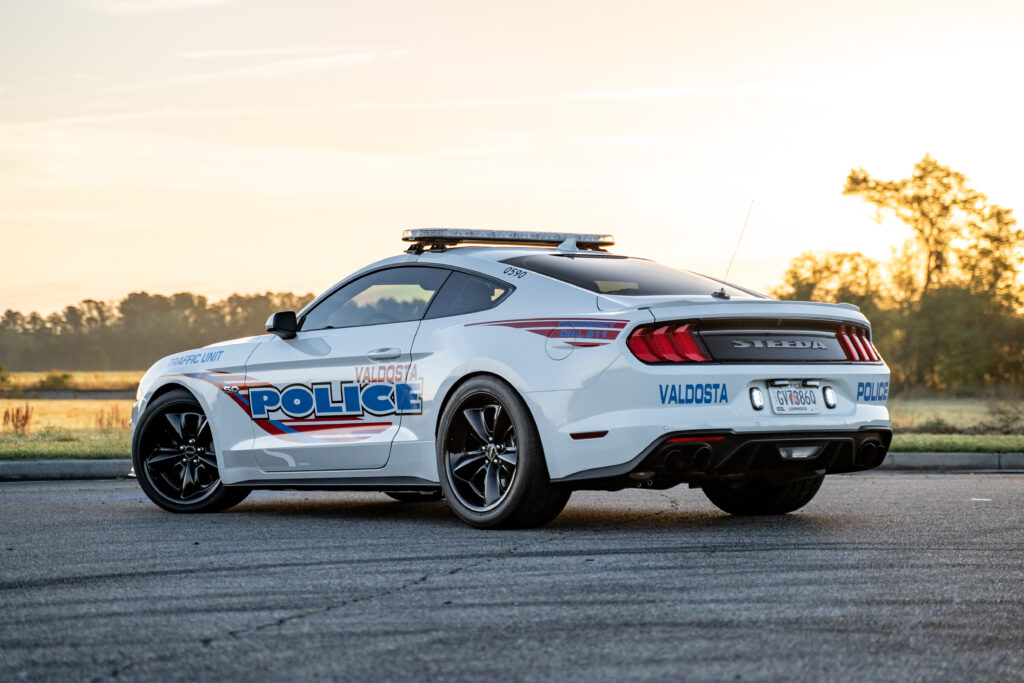 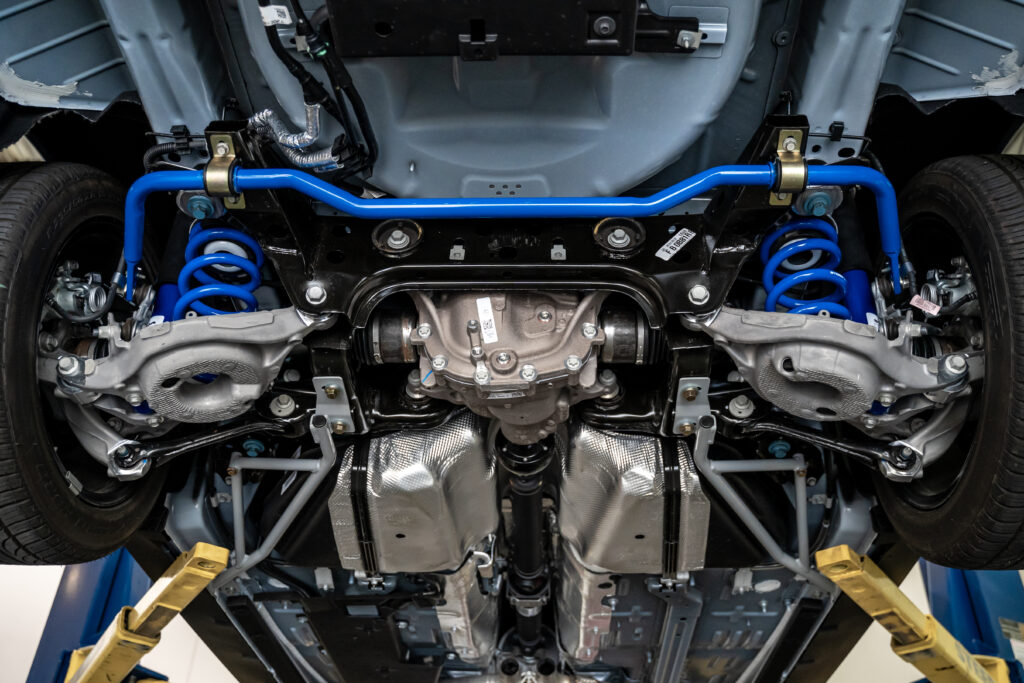 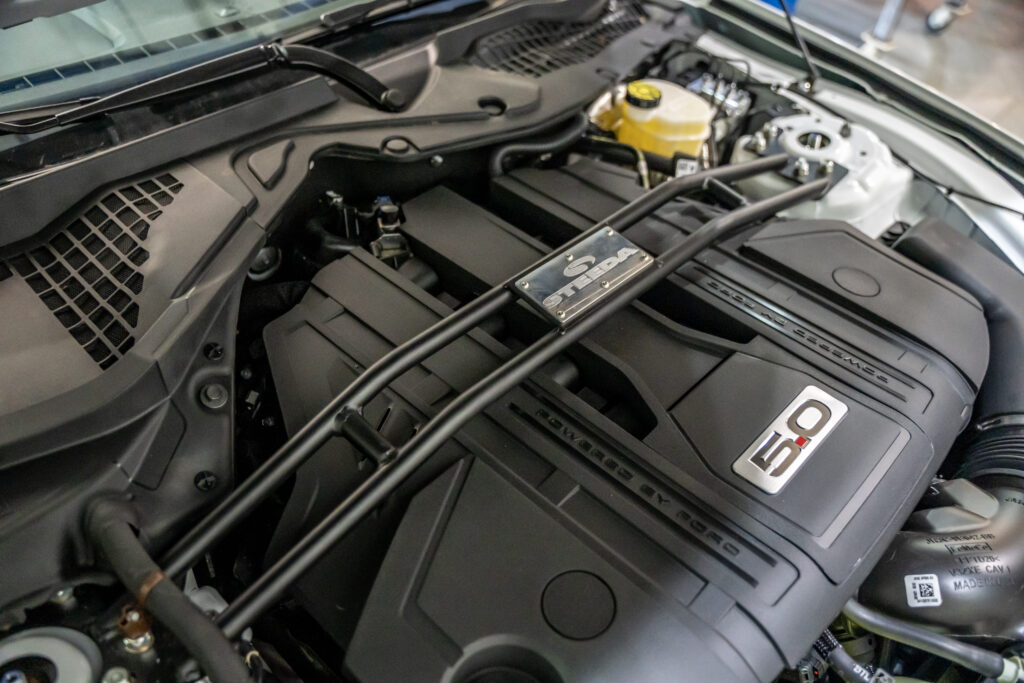 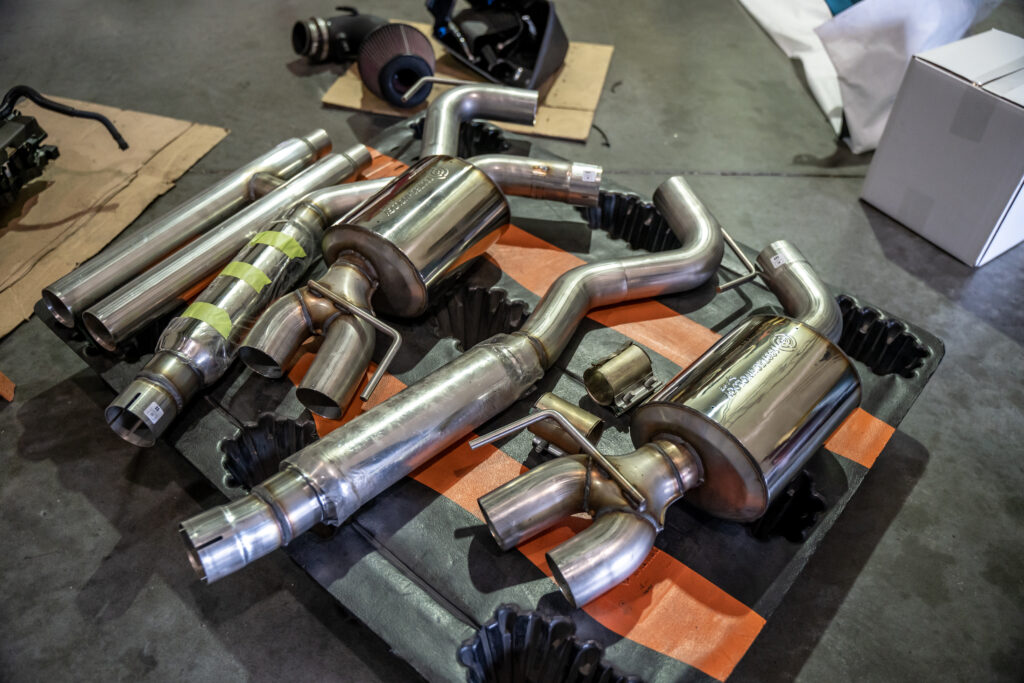