Shelby GT500KR production will begin in the first quarter of 2022. Orders will begin being taken on February 1, 2022 at 9AM PST. Owners of 2020 and 2021 model year Shelby GT500s can contact Shelby American about transforming their car into a KR. Orders for 2022 model year cars will be accepted and they will also wear 60th anniversary badges.

In 1968, the GT500 was getting some major improvements, namely the engine going to the new 428 Cobra Jet. In a meeting with Le Iacocca, Ford Division General Manager, Lee mentioned to Carroll that they had recently caught wind that Chevrolet was going to name their new Corvette the “King of the Road”. Carroll thought to himself that he always wanted to use that name and immediately called his trade dress lawyer, asking him to quickly find out if “King of the Road” was taken. Turns out it wasn’t, Carroll and his team immediately dubbed the new GT500 the GT500KR for “King of the Road” and successfully filed a trade dress for the name. Only XXX GT500KRs were made in 1968 and are some of the most sought after collector Mustang in existence. 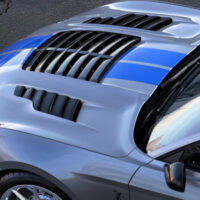 Sitting on the nose of the GT500KR is a light-weight dry carbon fiber hood. Similar to the hood developed for the 2008-09 KR, the carbon hood is fully functional and focuses on cooling the supercharged engine bay. Working with the team at Ford, the added side vents are located strategically to pull heat off of the exhaust manifold helping prevent heat soak maintaining optimum power. The vents are also water managed, with removable rain trays. 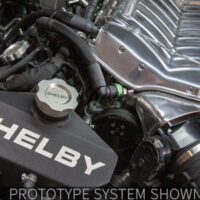 Working closely with our partners from Whipple superchargers, an all new massive 3.8L supercharger was developed for the GT500 platform! The new supercharger boosts the capable 5.2-liter V8 to over 900 horsepower. The twin screw supercharger system is equipped with a larger throttle body, cold air intake, updated pulley system and innovated dual core dual pass intercooler. Although optimally, the GT500KR is run on 93 octane or above, the 50 state emissions legal system runs happily on 91 pump gas 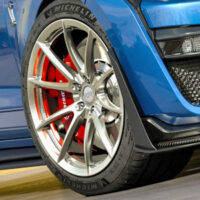 Wheels standout, are immediately identifiable and can sometimes make a look for a vehicle. The 2008-09 GT500KR wore iconic wheels with a mirror like bright finish. Any Mustang or performance car enthusiast saw those wheels and thought “Shelby”. The Shelby team and partners worked diligently on a modern predecessor to those wheels befitting of the original. The stunning wheel captures everything about the original was with a modern flair, while still improving on performance aspects. Built with lightweight, strong, one-piece 6061-T6 forged aluminum, the KR wheel is available in a polished or gloss black finish.

The second coming of the GT500KR was revealed at the 2007 New York International Auto Show, two years after the standard GT500 was announced. The Mustang boasted many performance upgrades including an additional 40 horsepower, new suspension, a state-of-the-art carbon fiber hood, Forged aluminum wheels and Goodyear tires developed specially for the program. The GT500KR was built at Shelby World Headquarters in Las Vegas in the Spring of 2008 and in 2009.

While celebrating Shelby American’s 60th anniversary and in tribute to the King of the Road Mustangs, Shelby American is building a limited number of GT500KR Mustangs on the 2020-2022 GT500s. The vehicles will feature a larger supercharger pushing more than 900 horsepower, a vented dry carbon fiber hood, one-piece forged mono-block wheels, carbon fiber body components and a reworked interior. 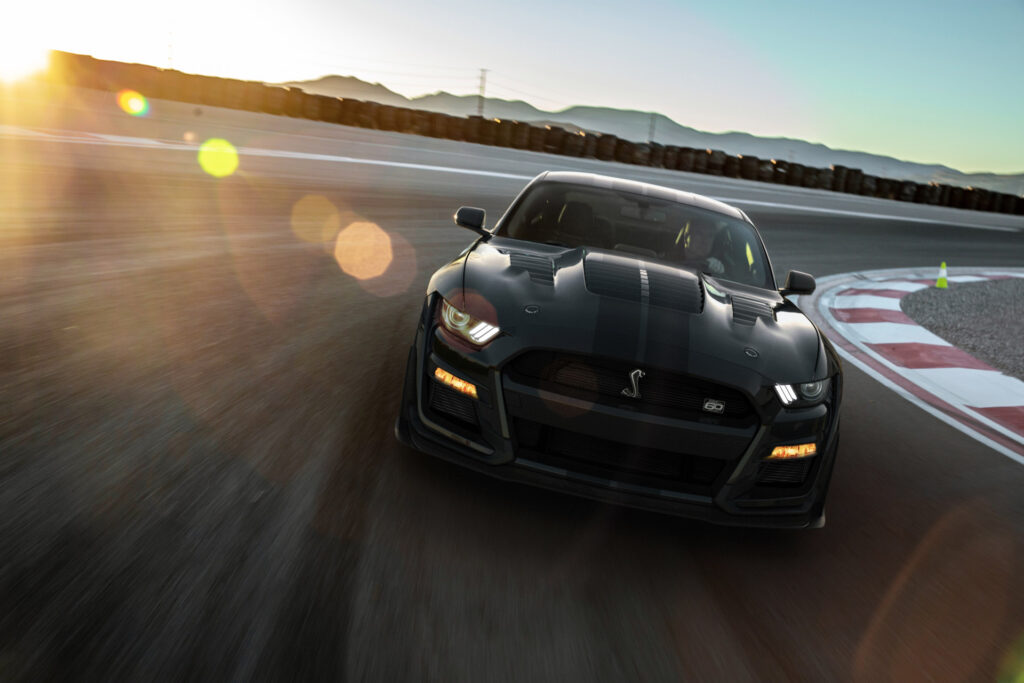 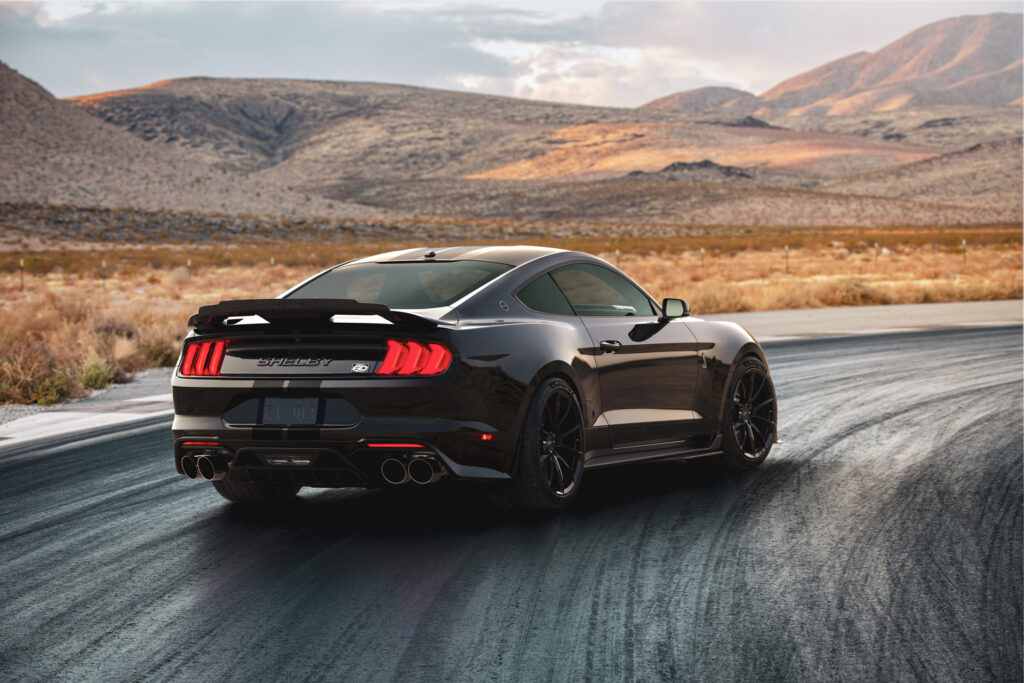 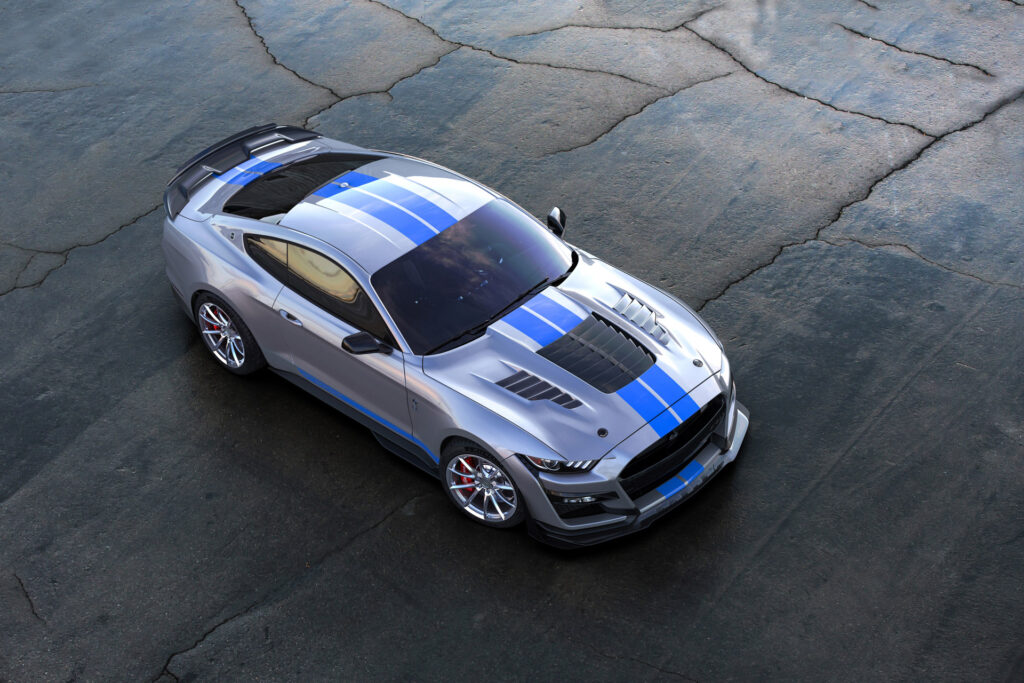 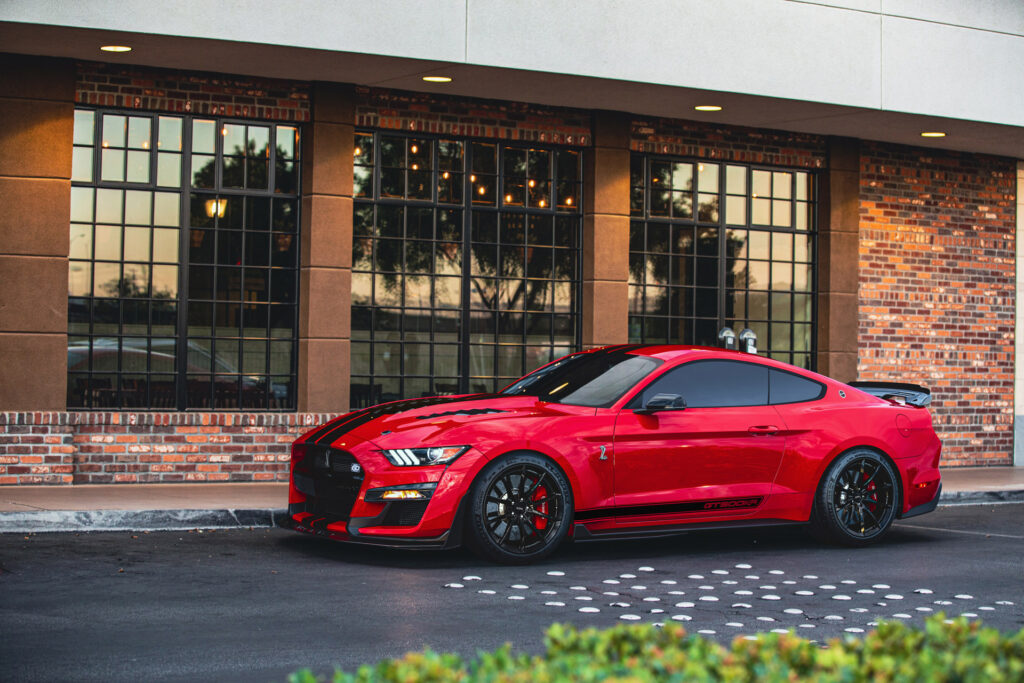