The retromod market has really taken off as of late. With muscle car enthusiasts wanting more modern features built-in to their classic rides, many car builders are taking modern styling cues to use for interior builds and even late model drivetrain parts and adapting them to power earlier models. While most are happy enough with the results afforded by a, more times than not, not so simple engine swap or the addition of a modern day infotainment system, for the most adventurous this is just not enough. Instead, some want everything the modern version of a car has to offer with all of the head-turning style of the classic. For those that just can’t leave well enough alone, there is always the body swap.

The guys at B is for Build are know for some of their extreme backyard builds and are the definition of people that can’t leave well enough alone. In fact, they often take their builds to the next level with a concept they refer to as an apocalypse build. The concept is pretty simple and requires the use of parts that they already have on hand to complete.

In one of their series of videos they take a 1967 Mustang parts car and a 2016 Mustang GT from a junkyard and combine the two to for a truly unique build. Both cars begin the project in very rough shape which only adds to the difficulty in fitting the 67’s body on the 2016’s frame, not to mention both cars are unibodies making the transformation seem even more impossible.

However, with more cutting, grinding, and fabrication than most care to do, the two guys pull it off, and by the end of the series that has been filmed up to this point they have created a very unique 1967 Mustang wide body with all of the drivetrain and function of a modern Mustang GT. 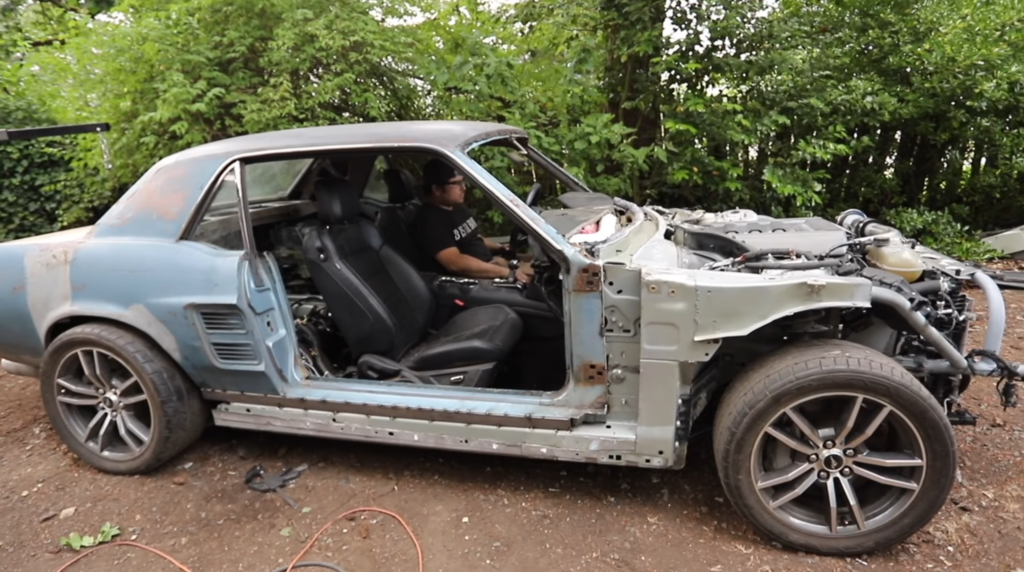