Shelby’s GT350R is the ultimate factory-built Mustang. While it shares the same horsepower levels of the “standard” GT350 (526hp), its advantage lies in its weight—or lack thereof. Thanks to the Spartan interior and carbon fiber wheels, just for starters. It also sports a more aggressive, carbon fiber rear wing, larger front splitter, and rides on a more capable suspension; making it lighter, faster, and more nimble than its more heavily optioned brother. What more could you do? Well, the folks at SpeedKore felt that there was plenty more that could be done! 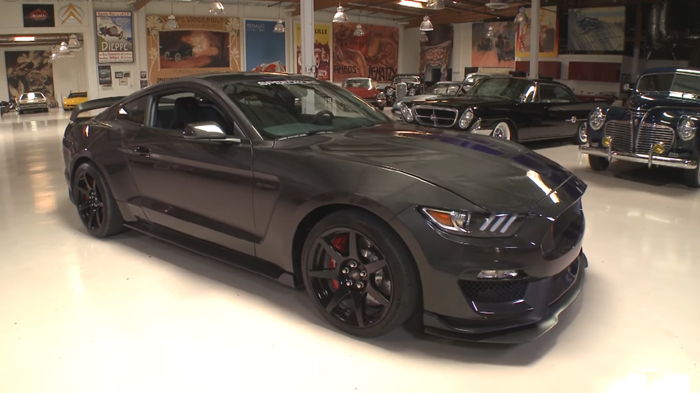 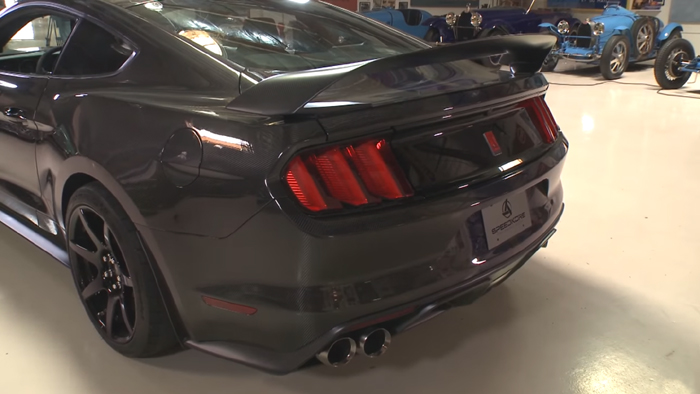 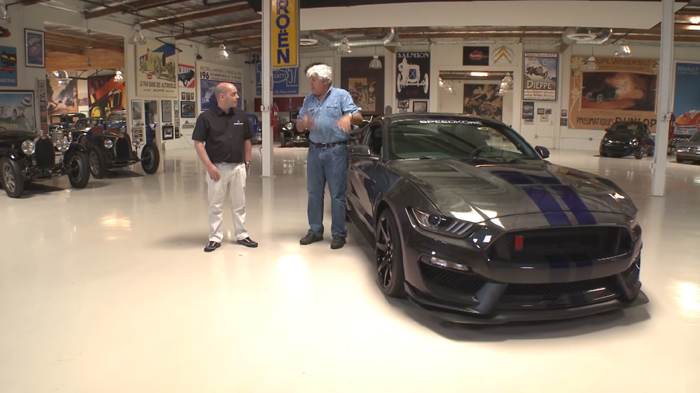 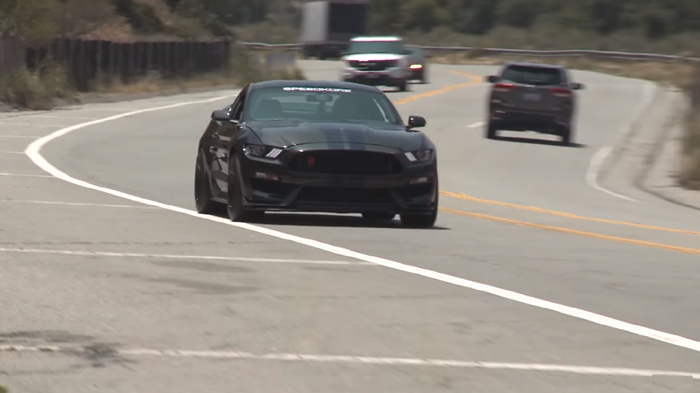 SpeedKore Performance Group is located in Grafton, Wisconsin (near Milwaukee), and is the premiere manufacturer of carbon fiber composite body panels, and they proceeded to replace EVERY body panel on this GT350R.

They offer the same conversion to the public, in three stages. The first stage includes the front splitter, rear diffuser, rear spoiler, and mirrors, while stage two is the complete body replacement. Stage three is stage two with a performance engine, suspension work, and custom interior—just to name a few items. The complete list can be found here. All prices include installation. The end result is a gorgeous looking factory-fresh Shelby that’s 4-600 pounds lighter when all of the panels are replaced, and loads faster! 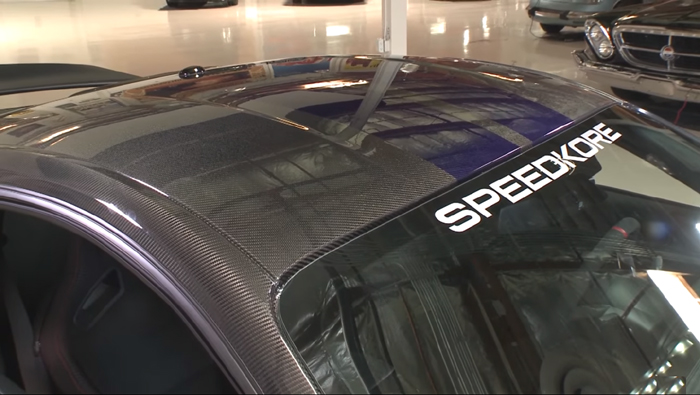 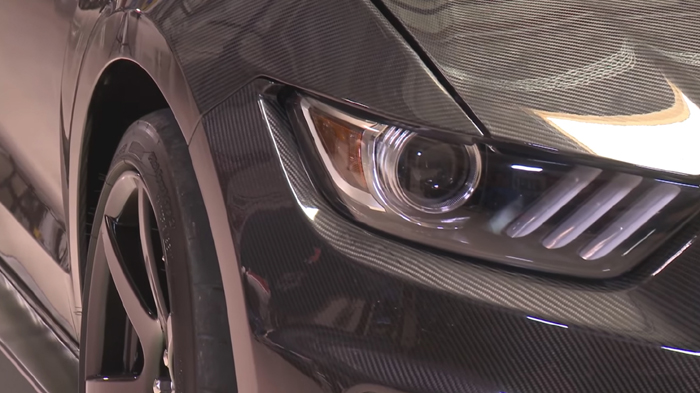 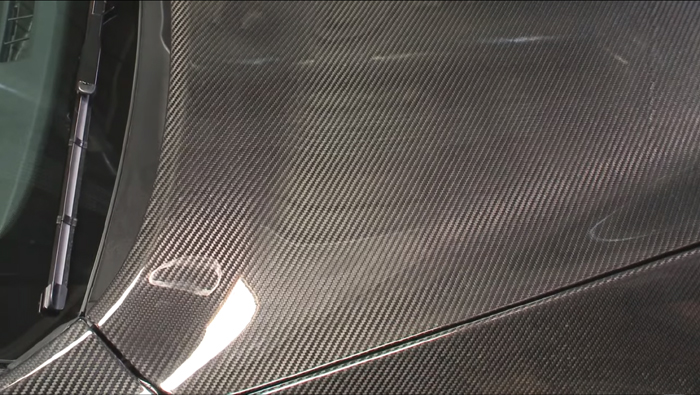 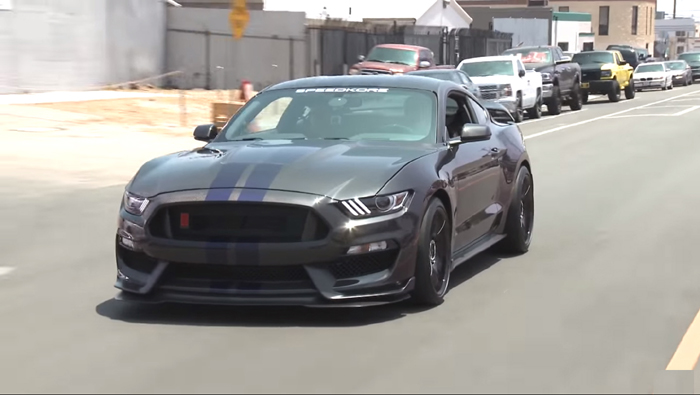 SpeedKore’s Shelby made such an impact, that it was featured on Jay Leno’s Garage. Jay made his mark as a comedian, and former host of The Tonight Show, but us gearheads know him as an avid car collector. This is a great video as he and David Salvaggio, Vice President of SpeedKore, thoroughly examine the GT350R, highlighting the fit and finish of the body panels and even going as far to show that the carbon fiber pattern is consistent from seam to seam. It also shows the vast knowledge Jay has about cars and the manufacturing industry. The video finishes up with a test drive on Southern California’s streets, so make sure you have the volume turned up! 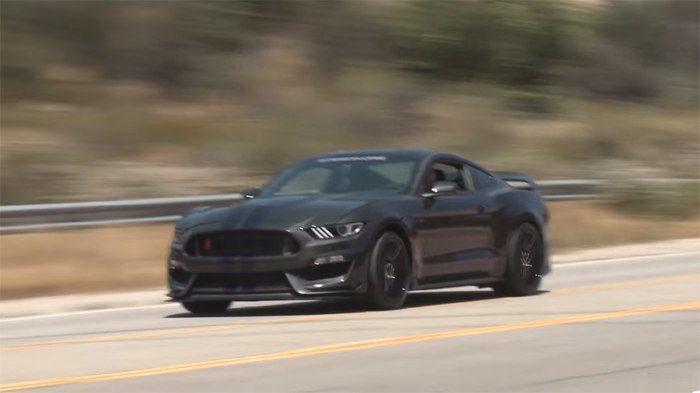 Living in Richmond, Texas, PJ Rentie has been in the automotive industry for more than 30 years. This former Assistant Editor at Vette Magazine also spent time with companies like NOS, Edelbrock, Hillbank Motorsports, Classic Industries, and was an automotive instructor for Cypress College for ten years. In his spare time, PJ hopes to one day bring his Fox Body Mustang out of the back yard and back onto the street!